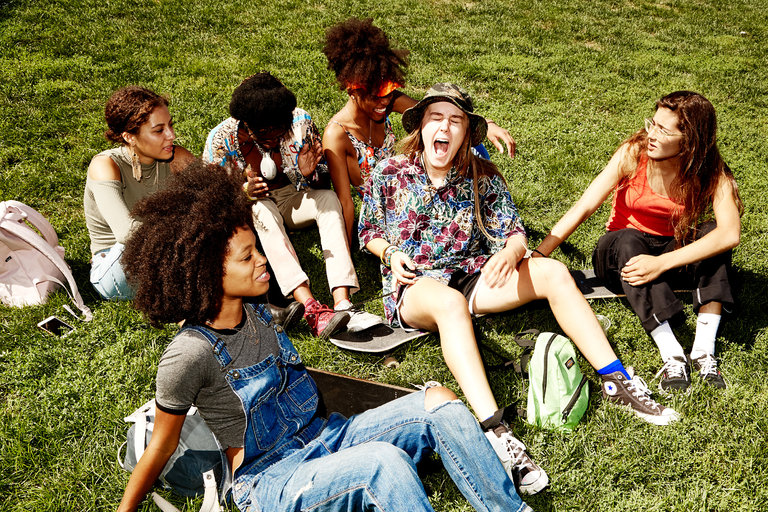 Female Empowerment – That Day at the Park

Recently, there has been lots of talk about empowerment in my work life. We are starting to work on a new season, and as always, there’s lots of talk about the girls.
And then this movie came along and put it in a different perspective.
Miu Miu has recently launched the 12th installment of their Women’s Tales series – and it’s all about Female Empowerment.

in the sense that it not only taps an all girl skate crew but especially female directors. These women tell stories – and have been doing so since its inception in 2012.

In ‘Day at the Park’ an all girl skate crew showcases what’s it like to be the only girl at the skatepark. The challenges of just starting out, the support fellow women give one another and the success they will have when they believe they can do it! Crystal Moselle directs Nina Moran and Rachelle Vinberg, Ardelia Lovelace, Jules Lorenzo, Kabrina Adams and Ajani Russell who are ambitious girls (also off their decks as budding makers and creators) who won’t let the boys crush their passion. The short film is fictional, yet girls can easily relate and the story comes across as very real.

While I am not the biggest Miu Miu brand advocate, I do love the movie series and this one in particular.

Discover the Value of Nowhere through Kitesurfing

Discover the Value of Nowhere through Kitesurfing