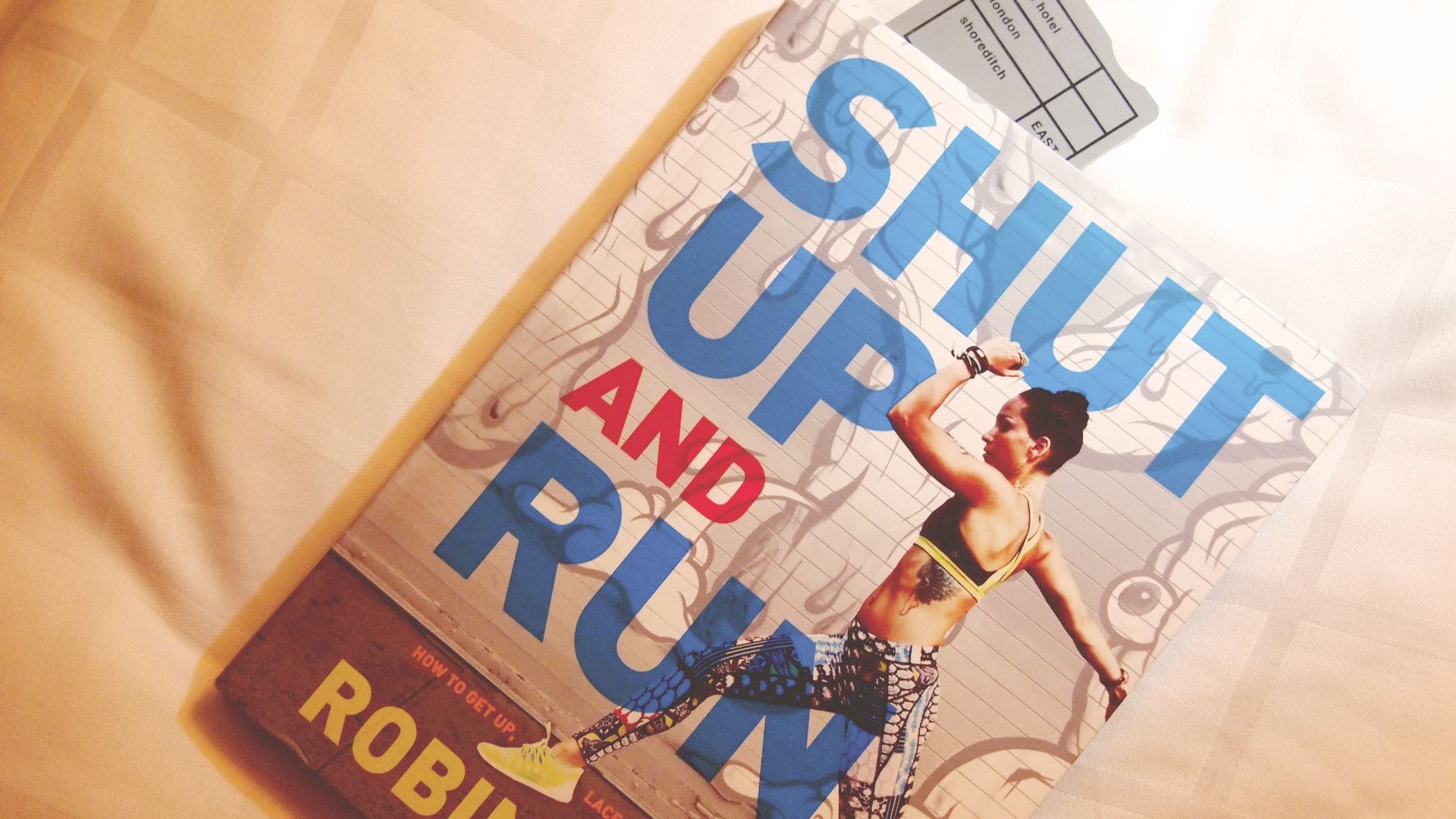 Motivational: Shut Up And Run

I had been following Robin Arzon on Instagram and via her Tumblr for a while. This year she not only became an official adidas ambassador but also published her first book Shut Up and Run – which, of course, I had to get and read.

In short: loved it!

In long: I read the book on my flight from London to Nuremberg last Sunday and devoured it in one sitting. It’s honest, real and strongly motivational and in turn today marks the 7th consecutive day of me running 5k for breakfast. That’s right. Me, the cyclist, the non-runner, I am running!
And it’s been epic so far! Likely, Europe’s fresh air has to do with my joy levels as well, but it’s definitely also the running itself. For the first time in my life I am running without music, just listening to my breath, to nature, to other runners coming up on me. It’s been exhilarating and also hard. I have been traveling a lot (currently writing to you from Copenhagen), had an intense work week and saw a friend over the weekend – but I persisted and made it and feel that much better for it.

So how did this come about?

Robin writes about the event that made her lace up and run for the first time. She describes how she then got into long distance running and ultras. Following the personal account she then gives a whole lot of great tips: from staying fit while traveling, to training schedules, to food, to gear, to playlists – and page by page the reasons why running isn’t my thing start dwindling.

One suggestion she has for continuous training is something she calls #3for31 – running 3 miles every day for a month (also when it’s a short month – make it 31!). In kilometers this is 5km – and so I started on August 1st to run 5k day. I track my runs with Strava and hashtagged it on Instagram and guess what? Two friends are doing it with me and it’s been a huge factor in getting me up in the mornings, as I know they’ll be running, too. We’re doing it across time zones and locations and it’s been the best.

I am curious to see how long I will keep this up for. Realistically I will not run the same amount once back in China, where the air is bad, it’s crazy hot and my Yoga studio is calling. However, every time I am out of China, my running shoes will be traveling with me.

Get the book on Amazon!